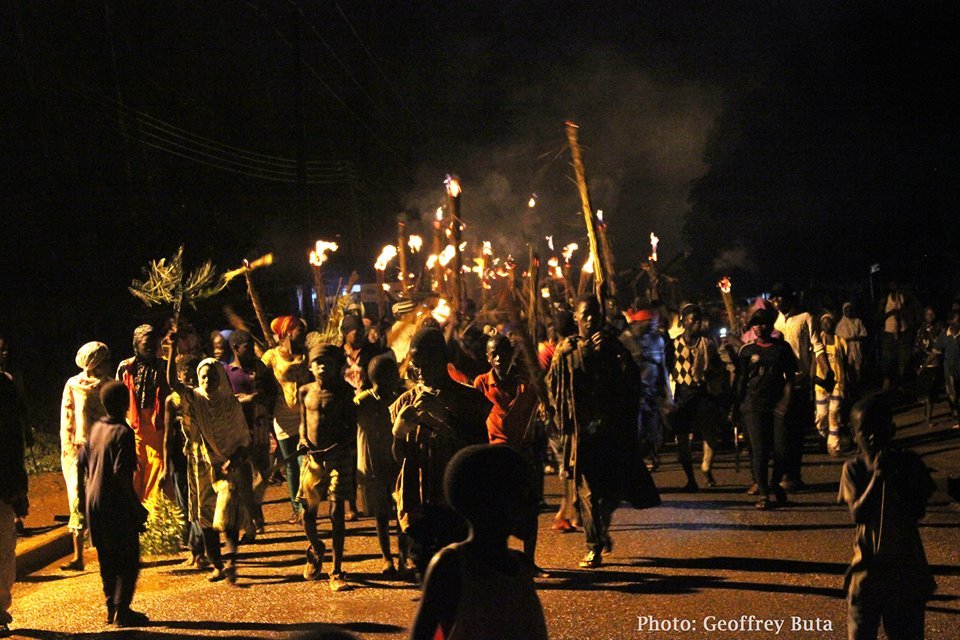 The Buɣim Festival among the people of Dagbon in Northern Ghana is one of the most important holidays well known among Dagombas, Gonja, Mamprusi, and Nanumba, all living in the Northern part of Ghana. The fire festival in the Dagbanli language is called “Bugum Chugu.

It is celebrated at the beginning of every lunar year and therefore signifies the beginning of the New Year. Traditional Dagbon festivals are based on the lunar calendar, therefore the exact date of the Fire Festival changes from year to year. However, the event usually falls in the months of August, September, or October. 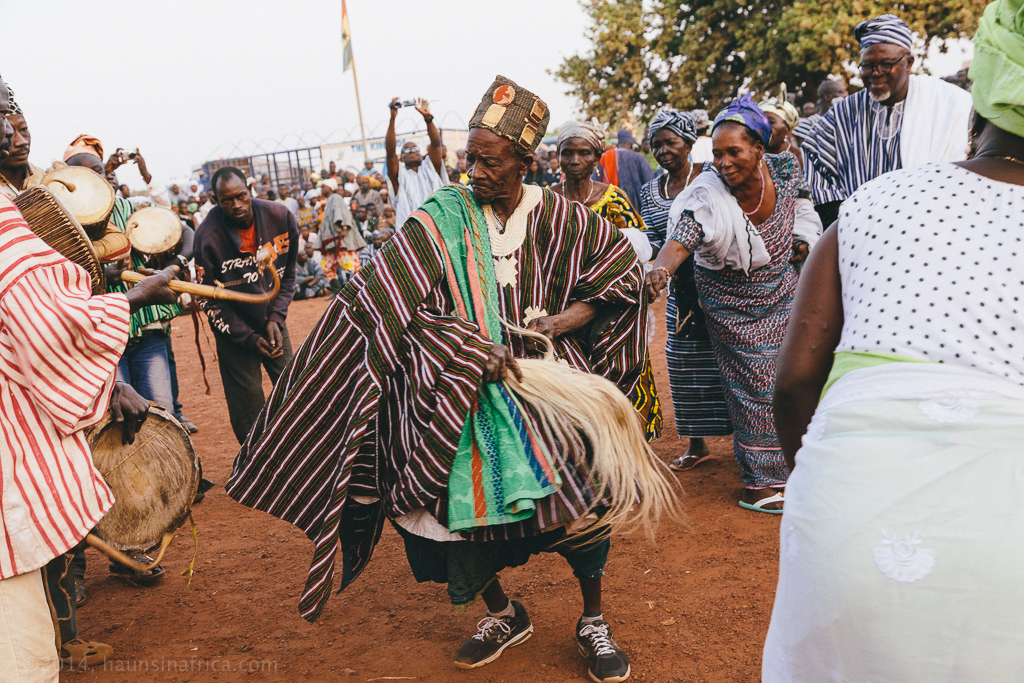 Though the festival is believed to have an Islamic connotation, its traditional meaning is what is known all among the people of Dagbon. It is believed that on this day in history, the son of the king (the prince at that time) went to play out with his friends and didn’t come back home. At sunset, the king asked a search party to go in search of him fearing that he might be dead or kidnapped by dwarfs. Since it was dark, they lit grasses to brighten the way and took along with them cutlasses and guns with the fear that the prince might be taken by a wild animal.

Finally, the prince was found sleeping under a tree in the middle of the forest. The tree was believed to possess an evil spirit, which was being manipulated by dwarfs to hide the boy from his family and prevent him from going home. The search party taking the boy burnt down the tree with their blazing thatch to cast out the evil spirit and the shame the dwarfs.

The actual celebration is usually commenced with traditional drumming, everyone present comes with a bundle of thatch. The chief as the leader lights his thatch and circles it around his head seven times while chanting to bring good luck throughout that year, and afterward, the rest light their thatch from the chief’s fire. Participants move from the chief palace through the main roads and stop at a particular tree which is believed to be an evil tree, throw their thatch, and burn that tree but the intention isn’t to burn it down completely. It is mainly to cast out any evil spirit that may be possessing that tree.

Various forms of charms are exhibited in so many different ways, some men perform dangerous stunts to show off their courage and also prove how powerful their juju or charm is. You may see people spitting fire from their mouths, swallowing cutlasses and knives, walking on burning fire and yet not get burnt, or cutting themselves with cutlasses and yet not bleed.

It is usually a beautiful scene to behold and visiting the North around this time would be such a memory. Tourists who would miss the celebration can plan towards next year’s celebration to enjoy all the moments and to see the beautiful culture of the Dagbon Kingdom.

HOPin Academy wishes everyone living in or within the Northern Region a happy and safe fire festival today even as we celebrate. We encourage the youth in as much as they would like to exhibit their courage and strength should do so with caution to avoid any form of casualty, for every life matters. We also encourage everyone to observe all Covid 19 protocols and be safe.